Graduated in psychology with a thesis on the use of audiovisual in prison facilities, he began his career in the video world as editor of television programs for Mediaset and MTV.
He founded his first company “Sick Girl srl” (2005) which becomes a real communication phenomenon, producing content for Sky, Vodafone, Tre, Tim and Rai2, promoting tours and live shows in Italy and designing the eponymous “social network”.
After several independent productions, in 2008 he began a volunteer experience in North Uganda that will lead him to become the communication project leader for the Ministry of Foreign Affairs in Sub-Saharian Africa with missions that last until 2013.
In 2010 he founded “Brandon Box”, a production company specialized in branded content that today aims towards cinema world and the original contents production.
In the meantime he realized several commercial interaction projects, and in 2014 he began to stratify his experience in the virtual reality world with immersive productions. Combining this knowledge with years of research and experimentation, he developed an innovative “360° – stereoscopic 3D – full body – in motion” production technique, giving life to a new communication language that he called “IMPERSIVE”, like the company he founded.
CEO of IMPERSIVE and reference director, he continues developing and implementing production techniques, and nowadays he has designed and directed more than 100 commercial projects for some of the global’s major brands.

Thanks to his konwledge and experience, he often speaks in events like Talentgarden Futureland, Business Innovation Meeting and VR Meeting by Samsung, Technology Hub, Torino Short Film Market, Milano Movies Days, and much more.
He is also strategic consultant for global brands like Prada and Hogan. 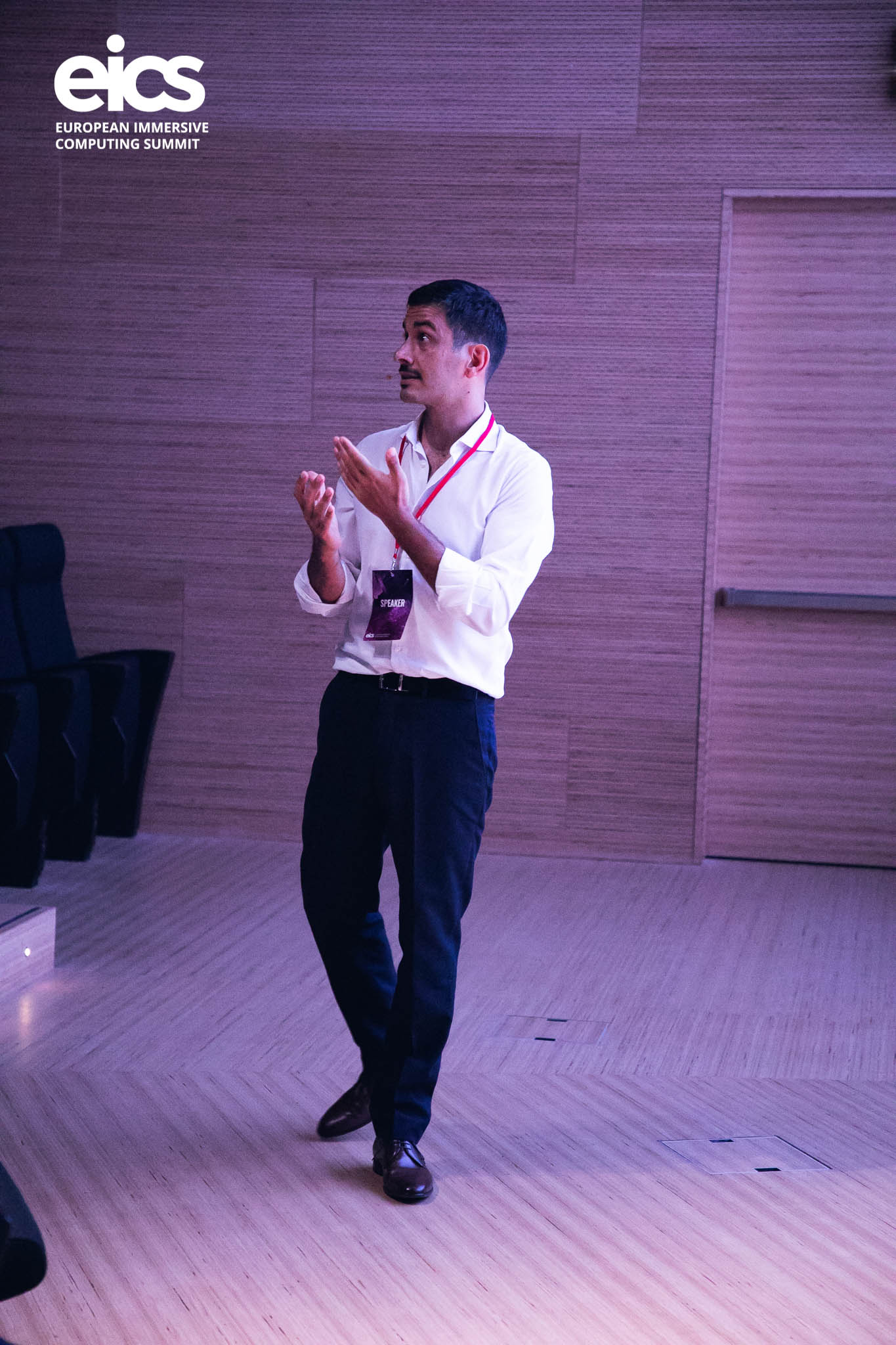